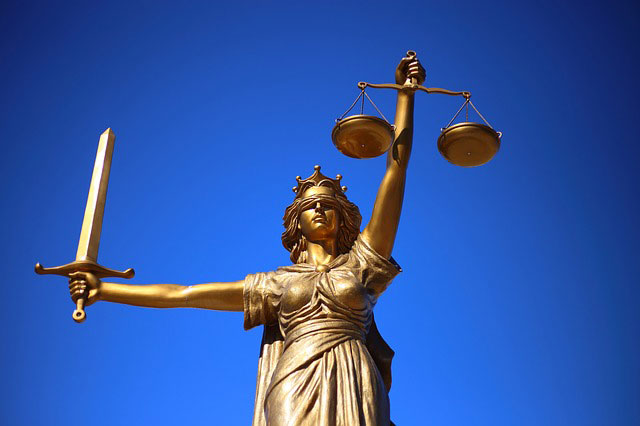 And now a closer look at one of the people President Trump says is trying to destroy the country.

ADAM SCHIFF: If the president were making a criminal bargain with a foreign leader, he would be no more protected than you or I.

CHANG: That is the voice of Democratic Congressman Adam Schiff. He chairs the House Permanent Select Committee on Intelligence, and he’s been tapped by Speaker Nancy Pelosi to lead the impeachment inquiry into President Trump. The president vilifies him a lot.

PRESIDENT DONALD TRUMP: He should resign from office in disgrace. And frankly, they should look at him for treason.

CHANG: Schiff is serving his 10th term in Congress, though relatively few people outside his Los Angeles district would’ve recognized him before the Trump presidency. NPR’s Ina Jaffe has this profile of Adam Schiff.

INA JAFFE, BYLINE: Adam Schiff was not always a successful politician. In his first race for the California State Assembly, he got creamed…

THURMOND: But we learned a lot. That’s where Adam cut his teeth.

JAFFE: Thurmond and Schiff became friends at Harvard Law School. When they both moved to LA, they went for long runs together, even trained for a marathon. And as they ran, they talked.

RAPHAEL SONENSHEIN: Rogan, as one of the managers of the impeachment inquiry against Bill Clinton, was very vulnerable because Bill Clinton actually got more popular during his impeachment rather than less popular. And it definitely mobilized Democrats.

JAFFE: It was the most expensive House race in history at that time, and Schiff beat Rogan soundly. In Congress, he made national security his specialty, which doesn’t usually make you a star, says Sonenshein.

SONENSHEIN: So that made him less visible but highly respected.

JAFFE: And Schiff had some history with the topic. As a United States attorney, he won the first espionage conviction of an FBI agent who’d been charged with selling secrets to the Russians. The pressure was intense. Karl Thurmond says it never showed.

THURMOND: Because we still went on our runs, still hung out socially. You just never would’ve guessed that he was prosecuting such a significant case like that.

JAFFE: Now the pressure on Schiff is on daily display. Republicans berate him for conducting an impeachment inquiry they say is too secret and partisan. In the House, Republicans pushed for a vote to censure him, which failed. But that’s just the latest effort to get rid of Schiff. Republicans on the intelligence committee called on him to resign his chairmanship last March in the aftermath of the Mueller investigation. Here’s Congressman Mike Conaway.

MIKE CONAWAY: We have no faith in your ability to discharge your duties in a manner consistent with your constitutional responsibility and urge your immediate resignation as chairman of the committee.

JAFFE: In an unusually emotional response, Schiff called out Republicans for sticking with Trump despite his possible collusion with Russia.

SCHIFF: I do not think that conduct, criminal or not, is OK. And the day we do think that’s OK is the day we will look back and say that is the day America lost its way.

JAFFE: Schiff may now be the boogeyman of the right, but he’s no liberal flamethrower. He voted for the Iraq War and the Patriot Act. He touts bread-and-butter accomplishments, like bringing mass transit to his district. He’s been viewed as a centrist. But now how he will be viewed by colleagues, voters and history may be out of his hands.

Copyright © 2019 NPR. All rights reserved. Visit our website terms of use and permissions pages at www.npr.org for further information.

NPR transcripts are created on a rush deadline by Verb8tm, Inc., an NPR contractor, and produced using a proprietary transcription process developed with NPR. This text may not be in its final form and may be updated or revised in the future. Accuracy and availability may vary. The authoritative record of NPR’s programming is the audio record.